In the early 1950s, Bob Larrabee began manufacturing cornerbead in Minneapolis, Minnesota and invented and patented the Original Clinch-On Cornerbead Tool. Bob and his wife Elaine were both born and raised in Minneapolis, but by the mid-1950s, Bob and Elaine were tired of the cold Minneapolis winters. So in 1957, Bob and Elaine moved to sunny California. With their station wagon pulling a trailer loaded with one cornerbead machine, Bob, Elaine and their two young daughters moved to Southern California.

Clinch-On Cornerbead Company is the only cornerbead manufacturer in the United States that owns its own electro galvanizing coating line. This vertical integration provides Clinch-On with a greater degree of control over the quality of the coated steel that Clinch-On uses to manufacture its cornerbead.

From its humble beginnings in 1957 with one cornerbead machine, Clinch-On has grown into an industry leader thanks to the support received from the drywall distributors and contractors the company has had the privilege to serve.

Since its founding, the Clinch-On Cornerbead Company has remained privately owned.

Headquartered in Orange, CA, Clinch-On Cornerbead Company has been manufacturing drywall corner trims since the mid 1950’s. Clínch-On® has gained a reputation as a manufacturer of high quality Bullnose and traditional cornerbeads. We also manufacture a complete line of paper faced nail-on and tape-on profiles. In addition, we carry drywall accessories including corner caps and The Original Cornerbead Tool®.

Our complete line of bare metal and paper faced trims allow our customers to choose the products that are best suited for their needs. Our continued goal is to provide our loyal customers with the highest quality trims on the market, allowing them to use our products with the assurance of no call-backs and ease of application. We will also strive to provide unparalleled service and technical support to our customers. 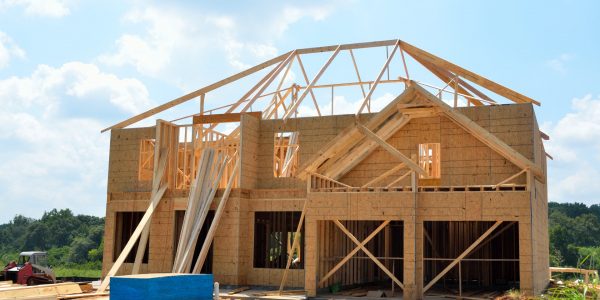 TO OUR DRYWALL DISTRIBUTORS

Our sales force calls on drywall contractors to obtain an understanding of their needs, to provide guidance on the use of our cornerbead products and to recommend that the drywall contractor purchase their drywall products from our distributors.

We manufacture a wide array of cornerbead profiles and maintain a large inventory so that our distributors’ orders are complete and ready for will call and/or shipment within 24 hours. Our ready-on-demand production system allows our distributors to keep low inventories of our products and to maintain the high inventory turns preferred by their corporate officers.

TO OUR DRYWALL CONTRACTORS

We engineer and manufacture our cornerbead with the objective of improving the proficiency and efficiency of the drywall contractors using our products.

Our manufacturing methods and our array of cornerbead profiles help our drywall contractors to reduce their labor installation cost and minimize the amount of joint compound used to install our cornerbead.

The full line of Clinch-On Cornerbead products is available exclusively through our network of distributors.